In accordance with their teacher training, 12 students of Miami University visited the LCD from 21st to 22nd May 2019. They observed lessons in a number of classes in both the Ancien Bâtiment and the Nouveau Bâtiment in order to get to know the Luxembourgish school system. 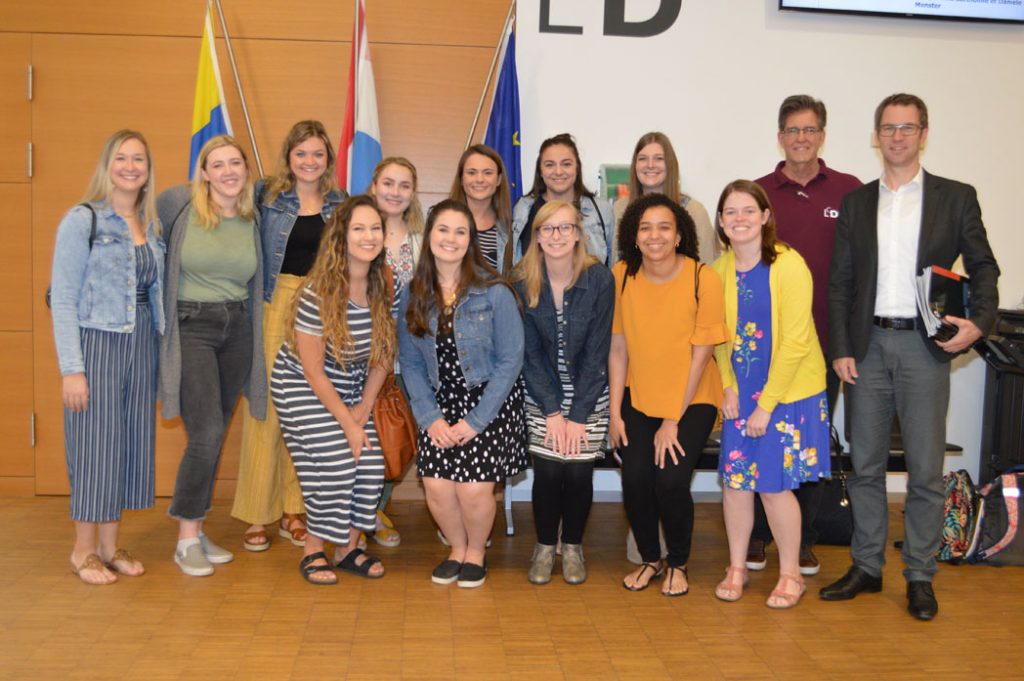 From 16th to 18th May 2017 six students of Miami University, Ohio visited the LCD to observe lessons in a number of classes in both the Ancien Bâtiment and the Nouveau Bâtiment. This is part of their teacher training and is meant to give them an insight into European school systems.

Public university of Ohio(USA), founded in 1809.

He became United States Ambassador to Luxemburg from 1981-1985. The Miami University Centre in Luxemburg was founded in 1968. At the time American Universities featured the idea of a «junior year abroad».

The center is housed today in Differdange Castle and offers study opportunities to some 150 students and is celebrating its 40th anniversary in 2008.

For over 15 years in January newcomers to MUDEC from Ohio have been hosted at the LCD for lunch. At the same time they were familiarized with an introduction to “Europe in the Middle Ages” and to the “Battle of the Bulge”. The students have been accompanied by the director of MUDEC, Dr Eckehardt Stiller and his crew, and now by the new dean Dr. Thierry Leterre.

Prof. Dr. Charles Teckman, Director of the Miami Campus of Luxemburg, in 1980, introduced the first field experience in European school systems for future junior teachers who graduated at Miami University.

Hosting schools are up to now primary and secondary schools in Bregenz (A), Sion (CH) and Luxemburg.

The LCD offers visits to a group of students from 1981 on. During three days participants join courses in different classes to observe ways of teaching and have working sessions to discuss their experiences.

Since 2004 Dr. Pribble has been accompanied by Dr. Jim Shiveley.